Two new studies suggest that exercise — independent of diet — can alter the composition of gut microbiota.

In mouse and human experiments, researchers found that physical activity — independent of diet — alters the composition of gut microbiota in a way that increases the production of short-chain fatty acids (SCFAs) that are beneficial for health.

According to Jeffrey Woods — a professor of kinesiology and community health at the University of Illinois at Urbana-Champaign and the co-lead investigator of both studies — their research is the first to show that the diversity of gut bacteria can be modified through exercise alone.

The first study, which investigated the effects of exercise on the gut microbiota of mice, was published in the journal Gut Microbes.

This study included three groups of mice: one group of mice was sedentary, the other group had access to a running wheel (the exercise group), while the remaining group was sedentary and germ-free, meaning that they did not possess any gut microbiota due to being bred in a sterile environment.

The researchers took fecal material from both the exercise and sedentary groups and transplanted it into the colons of the germ-free mice.

As a result of fecal transplantation, the previously germ-free mice developed gut microbiota that had comparable composition to their donor groups.

Interestingly, the germ-free mice that received fecal material from the exercise group had higher levels of gut microbes that produce an SCFA called butyrate, which is known to reduce inflammation and promote gut health.

Additionally, when these mice were given a chemical that triggers colitis, or inflammation of the colon, the researchers witnessed a surprising response. "There was a reduction in inflammation and an increase in the regenerative molecules that promote a faster recovery," says study co-leader Jacob Allen, who was at the University of Illinois at Urbana-Champaign at the time of the research. 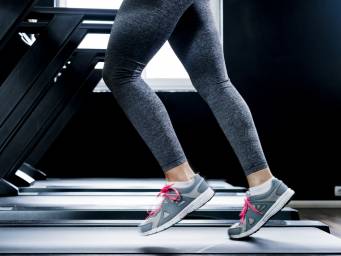 Based on their findings, the researchers concluded that "exercise-induced modifications in the gut microbiota can mediate host-microbial interactions with potentially beneficial outcomes for the host."

But do these findings ring true for humans? This is what the team sought to find out with their second study.

The second Study — published in the journal Medicine & Science in Sports & Exercise — included 32 sedentary adults, of whom 18 were lean and 14 were obese.

The participants took part in a supervised exercise program, which involved 30–60 minutes of endurance exercise, 3 days per week, for a total of 6 weeks. Once the 6-week exercise program ceased, subjects were asked to revert to sedentary behavior for 6 weeks.

Throughout the study period, subjects continued with their usual diets.

The researchers found that all participants experienced an increase in SCFA levels — especially butyrate — following the 6-week exercise program, but these levels declined when subjects reverted to sedentary behavior.

With the help of genetic testing, the researchers found that the increase in SCFA levels correlated with alterations in the levels of gut microbes that produce SCFAs, including butyrate.

Lean subjects saw the greatest increases in SCFA-producing gut microbes after exercise, the team reports, noting that their levels were much lower at baseline. Subjects who were obese experienced "modest" increases in gut microbes that produce SCFAs.

"The bottom line is that there are clear differences in how the microbiome of somebody who is obese versus somebody who is lean responds to exercise [...] We have more work to do to determine why that is."

Overall, the researchers believe the findings of both studies provide firm evidence that exercise alone — independent of diet — can alter the composition of gut bacteria.